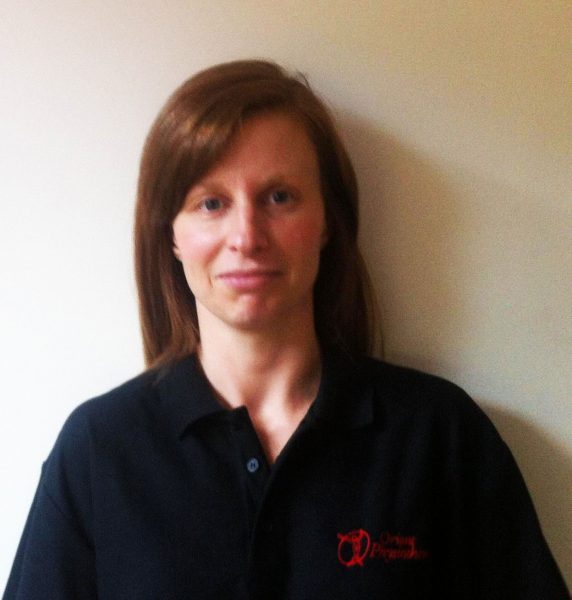 Helen first qualified from the West London Institute with a Sports Science Degree in 1994. After qualifying she undertook the Premier Fitness Trainers course and consequently worked as a Personal Trainer in Harley Street. Following this she trained as an Aroma therapist and Reflexologist and worked amongst others at Linklaters in Silk Street and the Royal Garden Hotel.

In 1999 Helen decided to expand her knowledge and returned to the University of East London to undertake a full time Physiotherapy degree. She qualified in 2002 with a 2-1 and originally worked locally at Newham General Hospital completing her orthopaedic, neurological and musculo-skeletal rotations. After further NHS experience at Harold Wood Hospital she moved into Private practice in Covent Garden. During this time she gained valuable experience dealing with professional dancers including The Royal Ballet, Lion King and Stomp. In addition during this period she treated several well known actors and BBC news presenters.

Following several years in Covent Garden Helen relocated locally to Leytonstone and began work at a local Private Hospital where she worked closely with  the Tottenham Hotspur First Team Doctor.

Over the last few years whilst working at Orient Physiotherapy Helen has developed the clinics relationships with many top Harley Street specialists allowing patients access to high quality secondary care.

She has helped many local athletes including those from East London Runners and Eaton Manor.