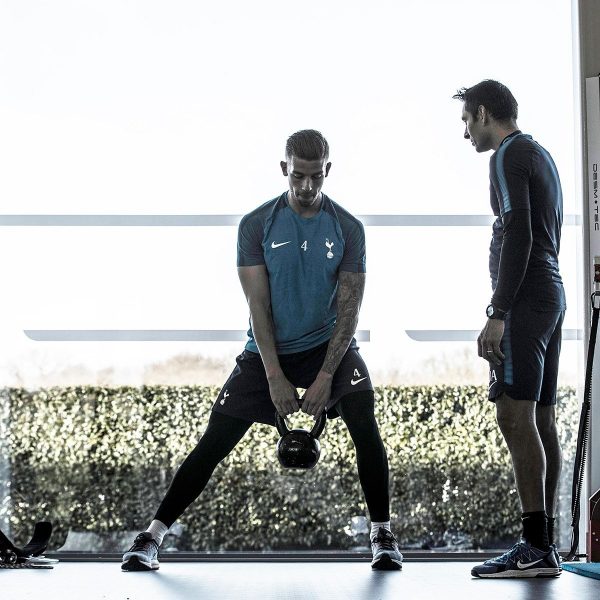 Dave was born locally in Leytonstone , he qualified from the University of East London in 1996 with a BSc(Hons) Degree in Physiotherapy. He initially worked within the NHS before specialising in sports injuries at Holly House Hospital.

In 1999 he joined the British Army at the rank of Captain within the Royal Army Medical Corps. During his time in the Armed Forces he worked at the renowned Rehabilitation Headley Court and spent time abroad at the NATO headquarters in Germany. In 2000 he spent three months in Bosnia as part of the United Nations Peacekeeping force before returning to the UK to work at ATR Lichfield a basic training establishment. Following this posting Dave spent time working with 16 Airborne Assault Brigade and UK Special Forces. During this time he worked with Army level and Olympic athletes in many sports including, skiing snowboarding, rugby hockey football and climbing.

In 2005 Dave left the Armed Forces and starting work for Leyton Orient FC. During his first year Orient were promoted to League One, their first automatic promotion in 36 years. In 2006 Dave left Orient to work as a civilian for the Army at Colchester Garrison. In 2008 Andy Scott took him to Brentford FC, during his first season Brentford were promoted as League Two Champions. In 2009 he returned to Leyton Orient as First team Physiotherapist. In 2012 he was recruited to work for a local Premiership Club.

Initially working with the U23s side in 2016 he was promoted to Lead Rehabilitation Physiotherapist at the club. In this role he has overall responsibility for the rehabilitation of  all professional age groups and has taken personal lead with many high profile international players.

Dave has contributed articles to the Daily Mail,  442 magazine, The Football League website and is currently a guest lecturer at the University of East London. He has also been invited to talk at International Sports conferences.